The work of a good teacher will never perish, because it is forever inscribed in his pupils. Juraj Henisch 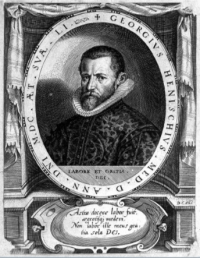 Juraj Henisch was born on April 24, 1549 in a bourgeois family in Bardejov. He also spent his entire childhood here. He was a scholar, doctor and teacher, the author of a whole series of medical, but also geographical, astronomical and other natural science works, he published a textbook on arithmetic, he was an excellent expert in classical languages, he compiled a detailed catalog of the books of the rich city library according to his own system.

After successfully completing the municipal humanities school in Bardejov, Henisch went abroad for higher studies. On June 16, 1566, he enrolled as a student at the Faculty of Arts at the University of Wittenberg. He then continued his studies at the Medical Faculty of the University of Leipzig, where in 1572 he published his first work with a medical theme, Report on the way of nutrition of the human body, in which he summarized the then common and valid ideas about physiological processes in the human body. However, he obtained the rank of doctor of medicine at the University of Basel, where he studied from 1573.

After several years of activity in Basel, where he worked directly at the medical faculty and after marrying the daughter of the famous Augsburg doctor Kristof Wyrsung, he moved to Augsburg for family reasons, where he became the rector of the humanistic school and devoted himself exclusively to teaching. In addition to his teaching profession, Henisch also accepted the position of city library inspector in Augsburg. He worked here until his retirement. He died in Augsburg on May 31, 1618.

A descendant of Henisch visiting the school 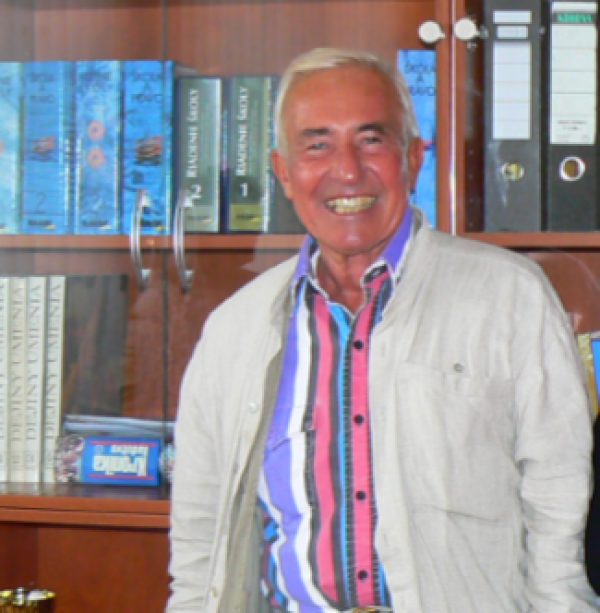 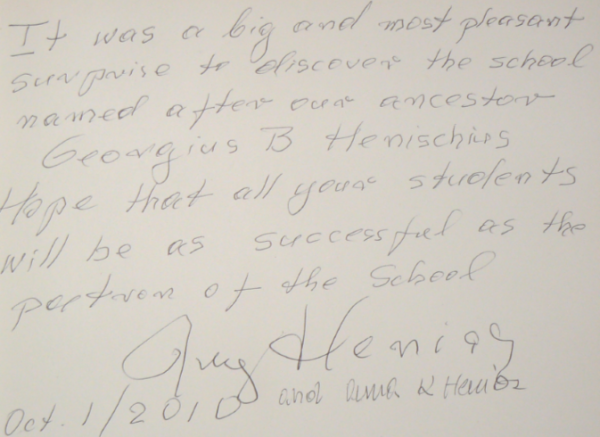 This page has been visited: